One of the best features in CRM 2011 is Lookup filtering. So let's how to filter a lookup based on another. Consider the following scenario. We have 2 entities Country and City. The relation is shown below.

We have these two entites as lookups on the account form. 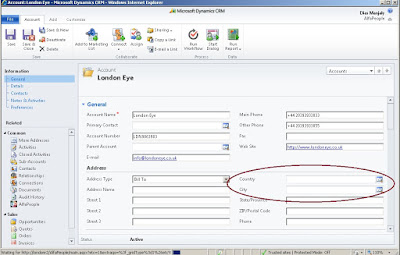 So when the user chooses a country from the first lookup, the next lookup which is City should be filtered based in the first one. So we need to open the Form designer and double clik on the City field ( the field to be filtered) 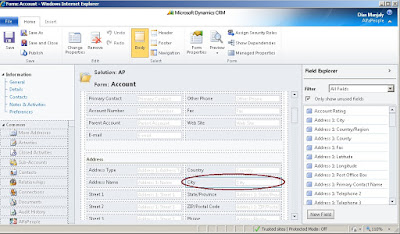 It will open a Field Properties window. 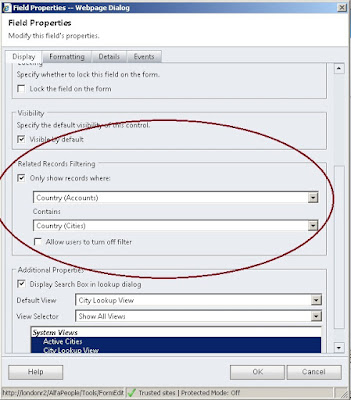 The meaning of this setting is that on the Account form City field should be filtered based on Country field.
Now if we choose a country then the city lookup would be based on the selected country as shown below. 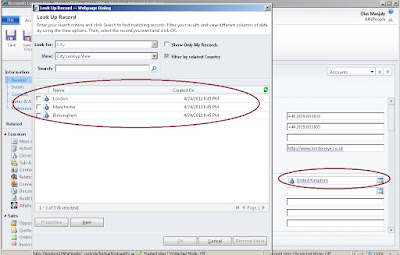 Email ThisBlogThis!Share to TwitterShare to FacebookShare to Pinterest
Labels: Lookup Fitering feature in CRM 2011 OR Filtering a lookup based on another Lookup in CRM 2011

This blog was seen in