As you all know Duplicate Detection is a very good feature in Dynamics CRM 2011. But there are some useful tips to be remembered.


Imagine that a user Mr.Derek would like to import some data into CRM 2011


So Derek sets the 'Allow Duplicates' to No as shown below. 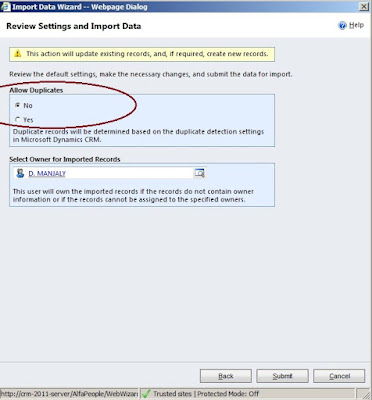 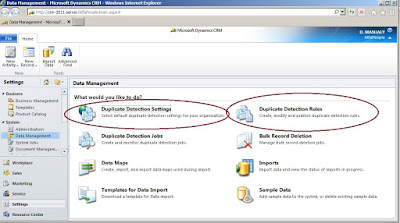 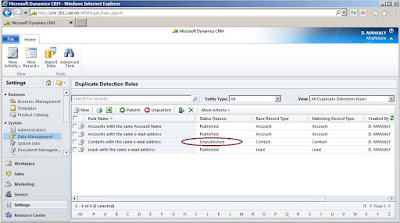 Now the very important thing how does it happens ? How and Why the state of a duplicate detection rule turns from published to unpublished ?


We found the very useful information from a blog.
"By design, whenever any entity metadata is changed all duplicate rules associated with that entity are unpublished"
Here is reference for the above information.
Ref: http://www.madronasg.com/blog/duplicate-detection-rules-automatically-unpublished


Note: In simple words, whenever we do a release (importing solution to Test OR QA OR Production) if there is any change for an entity, say  for contact entity then the duplicate detection rule for contact would turn into unpublished state. So after importing a solution we need to make sure that the duplicate detection rules are in published state. This check could be done either manually or through scripts.


Hope this helps you !

This blog was seen in